By Eva Fog
Founder and Chairwoman of DigiPippi

This is the manuscript for a talk I gave in Vilnius on November 24th., 2017. I was invited by the Reach for Change Organization in Lituania to participate in a conference about changing children’s lives and how to make system changes. I was asked to talk about how I came to create DigiPippi and thereby started to change the system. It became quite a personal talk about how my life through good and bad lead me to a place where the chance for change was possible.

I was about ten years old when I first met a computer, and it was love at first sight. 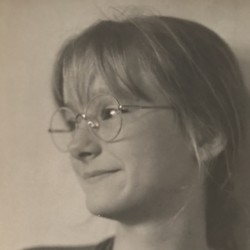 With it, I could venture into new worlds, either by playing games or by writing about them myself. This was back in 1990, and even though the possibilities were few compared to today. No internet, no cell phones or tablets. Limited possibilities for finding, creating and sharing data worldwide.The arrival of all of those by the late 1990’s and early 2000’s was life changing.

With a computer, I had the power to create and explore, learn and play. My life would never be the same in so many ways.

You see, I was born in 1979, only 5 years before commercials, and therefore society had started labeling computers and technology ‘boys toys’. Being a girl, I had inadvertently set a course that would give me such hardships and joy when meeting and falling in love with technology. Because I was not a boy, which meant that after that day in 1990 I began swimming upstream without even knowing it. Without anyone in my life knowing it.

Meeting the biases – conscious and unconscious

My mother was part of the women’s movement in the 1970’s, fighting for equal rights, pay and freedom in life. Not even she would be aware of the unconscious biases, that I – her only daughter – would be exposed to for years to come.

It took me quite a lot of years before I finally was able to ‘not give a fuck’, as the phrase goes. Having been ‘wrong’ for so many years isn’t something you just brush off and leave behind.

I had been trying to compare myself to men all my life, falling short every single time, and now I had to stop. I had to start being ‘just’ me – a female tech geek.

Maybe because we couldn’t afford the technology ourselves. It was my mother’s brother that provided us with it. A man, that always had the latest gadgets and worked with the tech world for years. He was my role model, not realizing that until I confronted him with it as an adult. Right there, under his nose, was the only girl in the family who loved everything he did, and he never noticed.

No one nurtured my passion and I felt wrong. Society made me feel wrong. I wandered around in life, trying to find out how to be me, the tech-loving girl, in a world of boys and men.

I went almost 15 years from that day in 1990 before I finally felt understood. Before I finally met other women, who got me and, who didn’t think of me as ‘strange’ for loving technology. After my entire teens and the start of adulthood, I was not wrong anymore. I didn’t have to try and fit in, be one of the boys. I could finally be me.

So, I never looked back.

The happenstances of life

In 2004 I had an accident, which left me broke for years. I hit my head on a wall and the injury left me unable to think or do anything for almost 2 years.

It changed my life once again because in that sort of situation you have two choices; Give up or fight. The doctors and specialists gave up helping me, so I had to take matters into my own hands. It took years of acupuncture and CST treatments to get me to a place, where I could function as a normal human being.

As you might have guessed, I didn’t give up. I fought.

Through the Danish state, I got offered to get an education in an attempt to get me back on my feet. I chose the least tech-minded education possible – Waldorff pedagogue. A branch of education-minded on nature, creativity and a 360-degree view on being human. The reason was simple. I am very creative by nature, and with both my mom and grandmother being pedagogues it was a path I already knew. It taught me how to be an ‘authentic adult’, or just to be the real me. When teaching children the best way to inspire and mentor them, is to be a genuine role model, and my education taught me how to be that. Something that would benefit me in my journey both personally and professionally.

I fought my way through the 3 years of school, almost failing so many times due to pain, mental fatigue and the strains following an almost disabling condition. When I finished September 2009, I was mostly pain-free and had regained the majority of whom I was before. Though some were lost and it was for the better.

Nothing had changed since I was 10 years old

I started working in the public school system where I brought with me the authentic adult approach, partnered with my passion for tech and creativity and saw how well the children responded. It was a great start but something was wrong. It didn’t take long before I realized something: no matter what I brought with me, things hadn’t changed since I was 10 years old.

Girls still weren’t allowed – or allowing themselves – to like tech. I even overheard boys telling the girls that it wasn’t for them on several occasions.

I started to observe and found out their approaches to tech were different.

The boys had a trial-and-error and kamikaze approach to it.

They didn’t seem to fear failure, or they forgot it had happened and continued. The boys grouped together, looking at each other play, most of the time as silent spectators. The tech itself was enough to entice them, to engage them, and they were eager and willing, basically no matter what the circumstances were. If there were tech, the boys dived fearlessly into it, and their zest and vigor were dominating.

With the girls, it was a different story. Often they didn’t initiate participation but had to be coached and lured.

When having to learn, the girls expressed reproach with themselves at the slightest sign of failure, stopping themselves again and again before backing off altogether.

The promise of tech very seldom did ‘the trick’, and the girls would stop if they perceived themselves as not able to understand, fearing not to understand or ‘failing – in their own view.

With very little ‘trial and error’ approach and a constant insecurity towards if others liked them, if they were or weren’t good enough, the girls set themselves up to fail.

Unless I intervened. And of course, I did.

How I started to make a change

I started helping the girls by excluding the boys for periods of time, making room for them to have their insecurities and fear of failure in a safe place. In the beginning, it was just me, working in my workshop at a school I was employed at. I was hired to create exciting and creative tech opportunities for the children, so it was a natural step to try different constellations, gender and age wise.

By helping the girls alone, the desired result happened.

They took up ‘the fight’ with the boys for space, and started taking part instead of retreating.

For 3 years I used my own life experience, my process as an authentic adult and the creative process to mold what would later become the foundations of DigiPippi.

So, when I was approached by a friend in 2015 about trying out for Reach for Change, I didn’t hesitate, and in August 2015 the organization DigiPippi was born. Until then my works had been divided between the boys and the girls, but my experiences over the years didn’t leave me time to hesitate. By that time I had seen the statistics for girls and women in IT, finding that there was not just a small but a massive issue here.

Girls were not really attracted to tech in life, education, and the workplace. Too many girls would be left behind if someone like me didn’t use my acquired knowledge.

So I applied, started the organization with the support of everyone I knew, and the rest is, as they say – history.

I officially launched DigiPippi September 1st, 2015 with a vision and a goal.

I had seen what I as a female role model could do for the girls, and I wanted every girl possible to experience the same. In a world where female tech role models are scarce, I started finding them everywhere. Volunteers, who had similar stories to mine or had experienced the hardship of being female in the tech world.

The DigiPippi Way was founded.

From my earlier trials, I had found out, that the way to reach the girls was to put tech second and their interests first. We had to reach them where they already were, no matter if it was a love for horses, football or painting.

I had deducted that our target group was girls aged 7 through 13. An age group where curiosity, thirst for knowledge and the development of the self is in high gear. And before hormones, parties, makeup, and love take over.

By ‘hacking their interests’ we by-passed a lot of their initial insecurities.

We also gave them a safe place with other girls like them, have female role models being there to support, encourage and guide them every step of the way 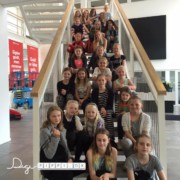 In May of 2016, we had our first workshop, and 25 girls showed up to ‘Learn to be a YouTuber’. A workshop that applied the aforementioned tricks – using existing interests, creating a nurturing environment and therefore having a soft place to fall – and last, but not least; teaching them real tech skills without them even knowing it. All this was possible due to the wonderful women rallied to the cause – the role models.

By the end of 2016, we had supported almost 4000 girls through workshops, media, and professionals.

I had a new board, almost 40 role models and a lot of traction. 2016 was also the year I found out that my initial conclusion and vision with DigiPippi wasn’t enough.

The many ways of approach 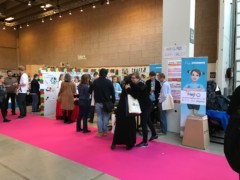 I had started the organization to teach the girls but found that we were needed everywhere. The change had to come from both the girls and their adults. That’s why we started acting as consultants and experts in the area of girls and STEM, being brought in by companies, politicians, media and other organizations.

We also partake in two university studies about girls and STEM, using our method to reach the younger girls.

This September we finally reached a full working board, and in January our new and professional advisory board starts up.

We’re in the midst of transforming from a fun, little organization to a professional NGO, and it could never have happened without RfC.

Until now I have barely made any money, but every step we have taken has brought us closer to our goal: To get equality for girls in tech.

Funding and such are going to come very soon, but it took a while for us to get there. But now we’re ready, and I finally can say that I’m not alone in this ever again. It takes a village to make a change, so I made my own. DigiPippi.

To conclude my story I would like to sum up what DigiPippi tries to teach girls and women around the world, by using the words of our personal hero and inspiration: Astrid Lindgren’s Pippi Longstocking:

I have never tried that before,
so I should definitely be able to do that.